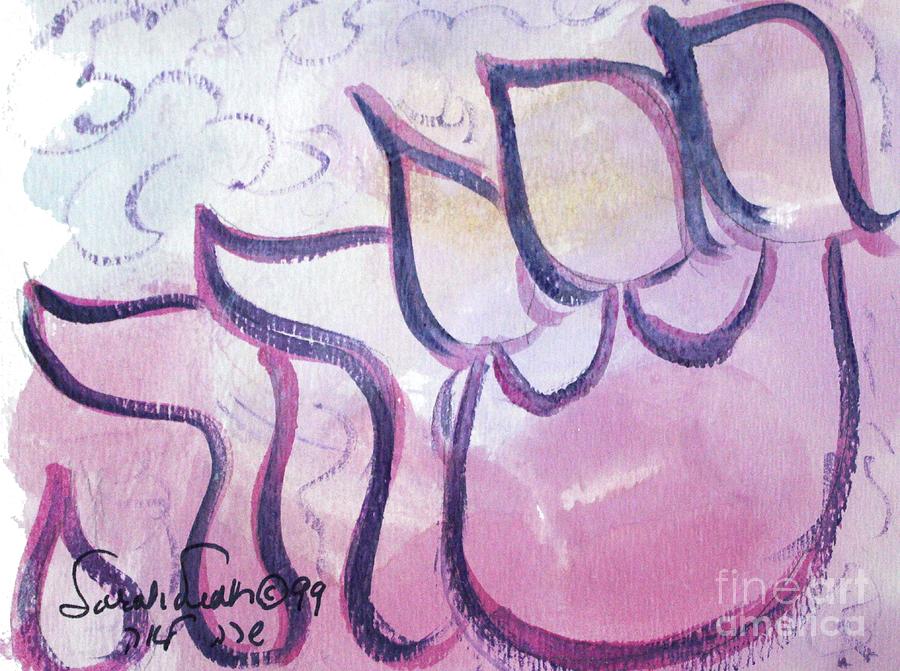 This original photograph is currently for sale.   At the present time, originals are not offered for sale through the Hebrewletters SL - Website secure checkout system.   Please contact the artist directly to inquire about purchasing this original.

SARAH is from the Hebrew, meaning PRINCESS or NOBLE (Kolatch, Alfred J. 1984. The Complete Dictionary of English and Hebrew First Names. Middle Village: Jonathan David. 412).
SARAH the Aramaic, means PRINCESS, GUARDIAN ANGEL, GENIUS (Jastrow, Marcus. 1903. A Dictionary of the Targumim, the Talmud Babli and Yesushalmi, and the Midrashic Literature Brooklyn: International Hebrew Book. 1627). Hebrew Bible name - Sarah was the wife of Abraham, and the sister of Lot. . Sarah was the only woman in the Bible who laughed. “Then one of them said, ‘I will surely return to you about this time next year, and Sarah your wife will have a son." Now Sarah was listening at the entrance to the tent, which was behind him. Abraham and Sarah were already very old, and Sarah was past the age of childbearing. So Sarah laughed to herself as she thought, "After I am worn out and my lord is old, will I now have this pleasure?’ (Genesis 18:13; Genesis 18:10-16).

Talmud - It has been taught: R. Eliezer says: In Tishri the world was created; in Tishri the Patriarchs were born; in Tishri the Patriarchs [Abraham and Jacob] died; on Passover. Isaac was born; on New Year, Sarah, Rachel and Hannah were visited [remembered on high]; on New Year Joseph went forth from prison (Rosh Hashanna 10b-11a).
Seven prophetess. Who were these? Sarah, Miriam, Deborah, Hannah, Abigail, Huldah and Esther. Sarah, as it is written, the father of Milka the father of Yisca [Genesis 11:29] and R. Isaac said [on this]: Yisca is Sarah; and why was she called Yisca? Because she discerned [sakethah] by means of the holy spirit, as it is said, In all that Sarah, saith unto thee, hearken to her voice. [Genesis 21:12]. Another explanation is: because all gazed [sakin] at her beauty. Miriam, as it is written, And Miriam the prophetess the sister of Aaron (Megillah 14a).
The Hebrew Letters featured in this painting are featured in this painting are Shin Resh Hey. Taken together, they spell SARAH. Each of the 22 letters of the Hebrew alphabet has a special meaning and a story to tell. Here a few brief ones about the letters on this painting.


HEY is the 5th letter of the Hebrew alphabet and has a numerical value of 5, means BEHOLD and is constructed of a Dalet and a Yud, makes a sound like the H in Happy. Hey appears twice in the Yud Hey Vav Hey Name of God.