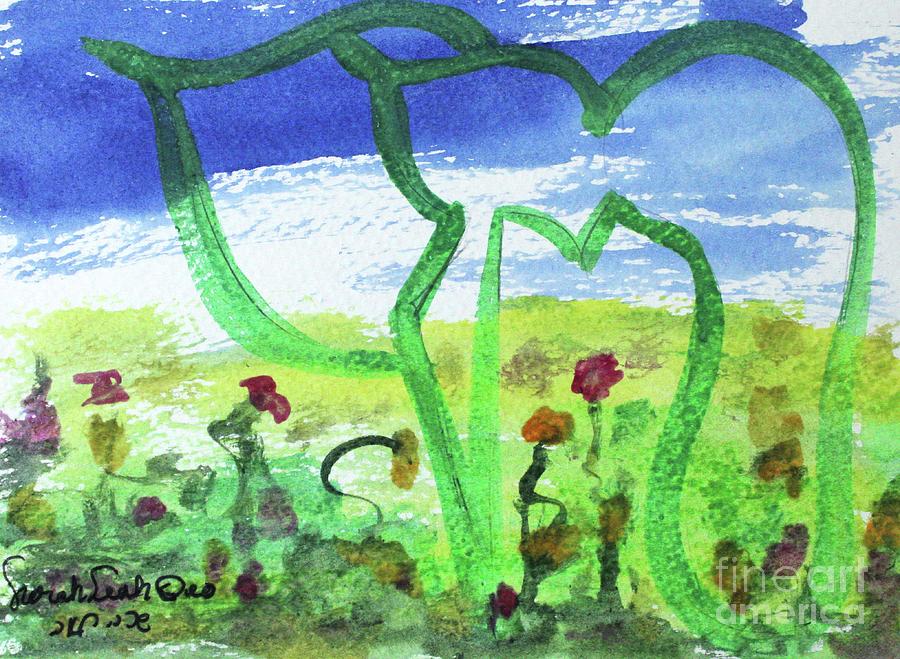 Hebrew Bible source - ‘And Adam named his wife Eve, because she was the mother of all living [chai]’ (Genesis 3:20).

The Hebrew Letters featured in this painting are Chet Yud. Taken together they spell CHAI.


CHET is the 8th letter of the alphabet and has a numerical value of 8, is pronounced like the CH in BaCH. Kushner's description is the best that I have found of what is necessary to create the sound of Chet . It is the "top of your throat and the bottom of your throat fighting against one another” (Kushner, Lawrence. 1990. The Book of Letters: Sefer Otiyot.Woodstock: Jewish Lights Publishing. 39).

If you enter meditation and the Yud comes to you, ask Yud a question and wait for the answer. Amazing results. The
Yud is also capable of taking you anywhere in the Universe. Give it a try and let me know the results.