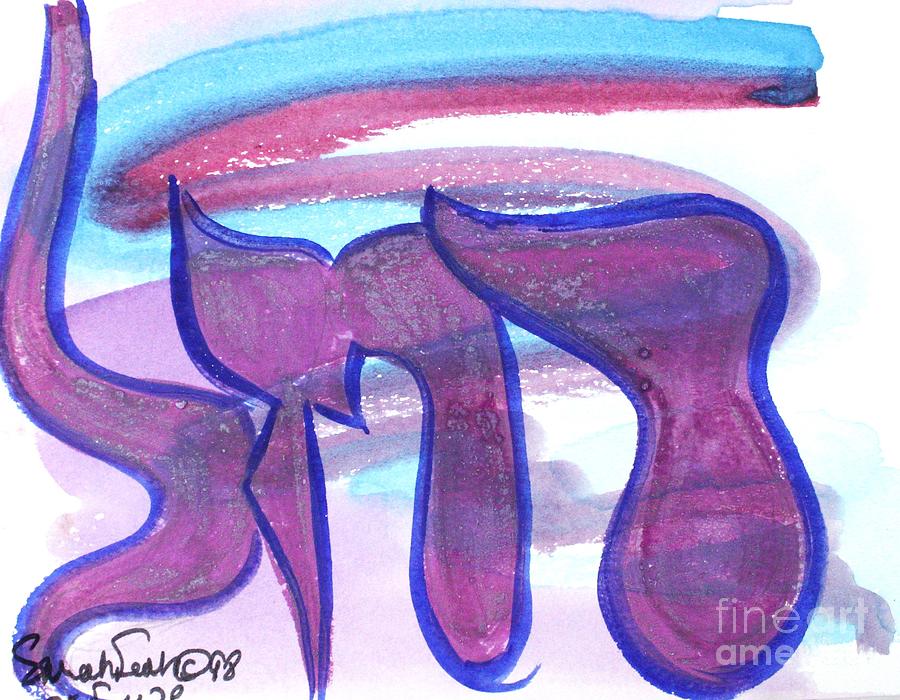 Hebrew Bible Name - Rachel was the younger daughter of Laban. After seeing Rachel the well, Jacob
told Laban that he would work 7 years for the hand of Rachel "and they seemed to him but a few days because of the love he had for her" (Genesis 29:20Rachel
Rachel became the wife of Jacob and the mother of Joseph and Benjamin (Genesis > 46:19).


Talmud – “On New Year Sarah, Rachel and Hannah were visited. Whence do we know this? R. Eliezer said: We learn it from the two occurrences of the word ‘visiting’, and the two occurrences of the word ‘remembering’. It is written concerning Rachel, ‘And God remembered Rachel’ [Genesis 30:22],and it is written concerning Hannah, ‘And the Lord remembered her’ [1 Samuel:19], and there is an analogous mention of ‘remembering’ in connection with New Year, as it is written, ‘a solemn rest, a remembering of the blast of the trumpet’ [Leviticus 23:24]. The double mention of visiting [is as follows]. It is written concerning Hannah, ‘For the Lord had visited Hannah [1 Samuel 2:21], and it is written concerning Sarah, ‘And the Lord visited Sarah’ [Genesis 21:1], (Rosh Hashanna 11a).
‘He withdraws not his eyes from the righteous?’ [Judges 5:24].
In reward for the modesty displayed by Rachel, she was granted to number among her descendants Saul (Megilah 13b).


The Hebrew Letters featured in this painting are Resh Chet Lamed. Taken together, and reading from right to left, they spell RACHEL.

Resh is the 20th letter of the Hebrew alphabet, has a numerical value of 200, makes a sound like the R in Radiant and means BEGINNING or HEAD. When one spells out the letter Resh in Hebrew, it is Resh Yud Shin. Yud and Shin spell Yesh - THERE IS. The letter Resh means BEGINNING. So it is possible to say that the Resh literally means THERE IS A BEGINNING.

The Resh looks very much like the Dalet. The only difference is that the right angle of the Resh is a rounded 45-degree angle. The horizontal line of the Dalet has a little foot that extends backwards toward the Gimel. Talmud cautions us not to mistakenly write the Dalet as a Resh or the Resh as a Dalet (Shabbat 103b The Soncino Hebrew - English Talmud. 1990. http://amzn.to/2wBfsIT London: Soncino).

“Kuf [stands for] Kadosh [holy]; Resh [for] Rasha [wicked]: why is the face of the Kuf averted from, the Resh? The Holy One, blessed be He, said: I cannot look at the wicked. And why is the crown of the Kuf turned toward the Resh? The Holy One, blessed be He, saith: If he repents, I will bind a crown on him like Mine. And why is the foot of the Kuf suspended? [To show] that if he repents, he can enter and be brought in [to God's favor] through this [opening]. This supports Resh Lakish, for Resh Lakish, said: What is meant by, Surely he scorns the scorners, But he giveth grace unto the lowly If one comes to defile himself, he is given an opening; if one comes to cleanse himself, he is helped” (Shabbat 104a The Soncino Hebrew - English Talmud. 1990. http://amzn.to/2wBfsIT London: Soncino).).


CHET is the 8th letter of the alphabet and has a numerical value of 8, is pronounced like the CH in BaCH. Kushner's description is the best that I have found of what is necessary to create the sound of Chet . It is the "top of your throat and the bottom of your throat fighting against one another” (Kushner, Lawrence. 1990. The Book of Letters: Sefer Otiyot.Woodstock: Jewish Lights Publishing. 39).


Lamed is the 12th letter of the Hebrew alphabet, has a numerical value of 30, makes a sound like the L in Like, Lamed means both TO LEARN and TO TEACH.
The Lamed is the tallest and most majestic of all the letters. Indeed Rashi interprets A TOWER FLYING IN THE AIR (Hagigah 15b) - as applying to the upper stroke of the Lamed. The Lamed is generally considered to be constructed of a Caf (20) with a Vav (6). In this configuration the LAMED has a GEMATRIA of 26 - the same as that of the Yud (10) Hey(5) Vav (6) Hey (5) name of God (Haralick, Robert M. 1995. The Inner Meaning of the Hebrew Letters. Northvale: Jason Aronson. 180)
Since LAMED means LEARNING, it would seem that this would constitute a direct connection between LAMED, LEARNING and GOD.